Crazy 4 Poker is a volatile and exciting game that features head-to-head play against the dealer and two bonus bets.

To begin, players must make equal Ante and Super Bonus wagers. An optional Queens Up wager is also available. Players and the Dealer each receive five cards to make their best four card poker cards. After seeing their cards, players may fold or stay in the game by making the Play wager, which must match their Ante unless they have a pair of Aces or better. With a pair of Aces or better, players may bet up to three times their Ante (“Triple Down”). Players who fold forfeit all wagers.

Hands are ranked from highest to lowest as follows: 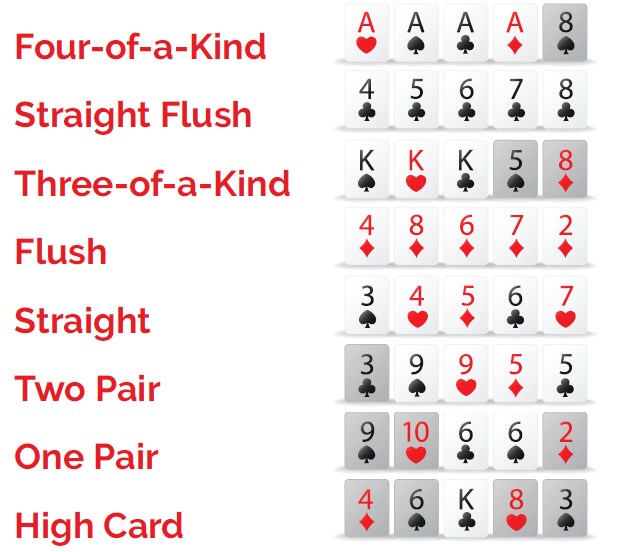 CHECK THIS: How to Play Mississippi Stud Poker 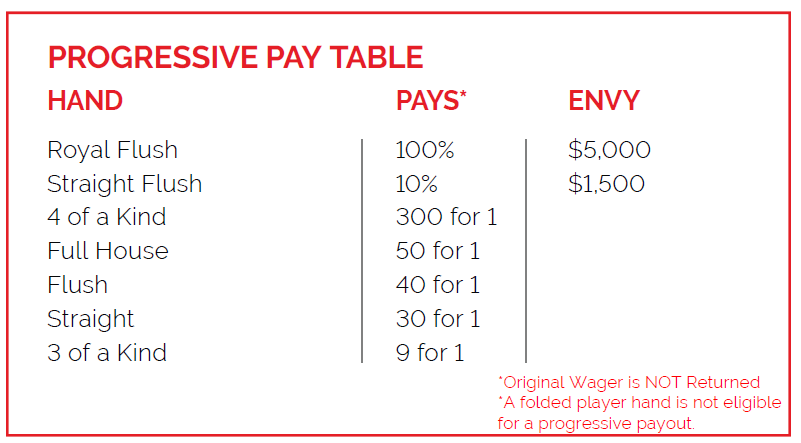 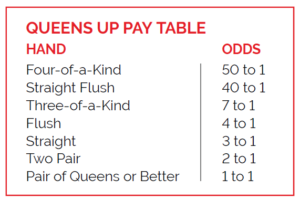 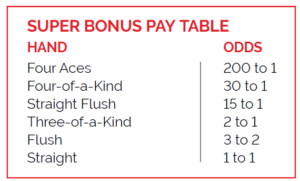 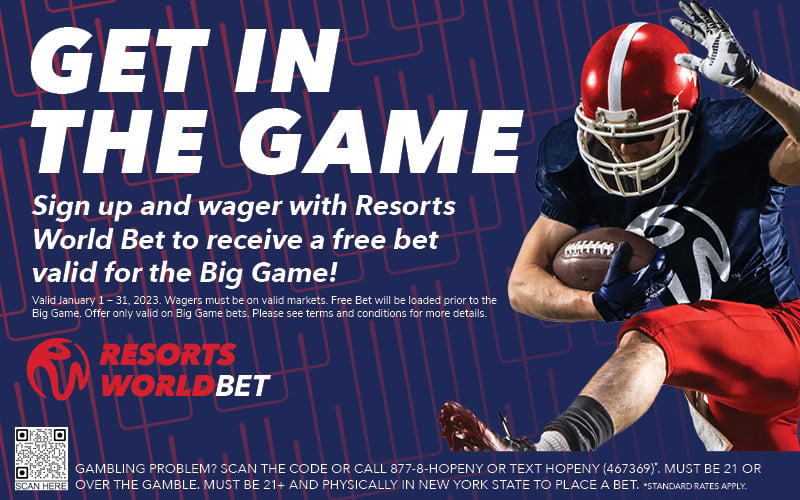